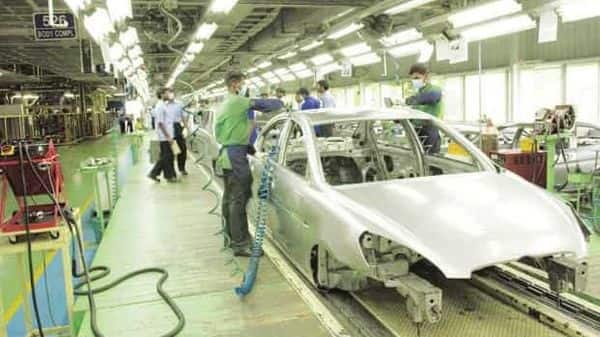 NEW DELHI : The cumulative sales of the automotive components manufacturing sector decreased by 3% for ₹$ 3.40 trillion in FY21 due to sharp decline in production and sales in first half of fiscal year due to strict nationwide containment measures announced to contain the covid-19 pandemic, according to data released by the Association of Automotive Component Manufacturers (ACMA) on Tuesday. The decline, however, was less than single digits due to the resumption of production in the second half of the year for both domestic and export markets.

As economic activity gained momentum after the first lockdown, manufacturers of passenger vehicles and two-wheelers experienced robust demand from April to March, and some manufacturers increased production to record levels in result. The demand was primarily driven by customers’ preference for personal mobility to avoid covid infection. In the third and fourth quarters, demand for commercial vehicles also began to gradually recover, albeit on a weak basis.

The turnover of the secondary market segment during the year amounted to ₹64,524 crores compared to ₹69,381 crore the previous year.

“As the economy gradually returns to normal and demand for vehicles increases, we are cautiously optimistic about the performance of the industry for this year. The challenges in the availability of semiconductors, escalating prices as well as the availability of raw materials, challenges on the logistics front, including the unavailability and high prices of containers, among others, continue to increase. ‘hamper a smooth recovery,’ said Deepak Jain, President, ACMA.

He added that the nationwide lockdown following the pandemic, one of the most severe in the world, has messed up the entire supply chain. The industry as a whole took a considerable time to stabilize after the progressive unblocking of the economy.

The auto industry came under pressure from the first week of April, when Maharashtra began strict lockdown measures. Delhi, Haryana, Karnataka, Tamil Nadu and others have followed suit. Maruti Suzuki and other manufacturers have either stopped production or drastically reduced production.

Some, however, such as Bajaj Auto Ltd, continued to operate with limited capacity to meet export orders. With infections steadily declining, especially in northern and southern India, most automakers resumed operations from mid-May.

Automakers, however, began ramping up production and wholesaling of vehicles from June to meet demand for vehicles in domestic and export markets. After the economy gradually unblocked due to a steady reduction in covid-19 cases, automakers increased wholesale sales to boost dealer inventories, expecting pent-up demand in rural markets and urban.

“The automotive industry in India has experienced two successive years of decline of 14.6% during FY20 and then 13.6% during FY21. The FY20 economic downturn was compounded by the challenges of a nationwide lockdown triggered by a pandemic in FY21, resulting in lower vehicle production and consumption. While the first quarter of fiscal 21 was a complete failure, the industry regained significant momentum starting in the second quarter, ”said Vinnie Mehta, CEO of ACMA.

* Thank you for subscribing to our newsletter.