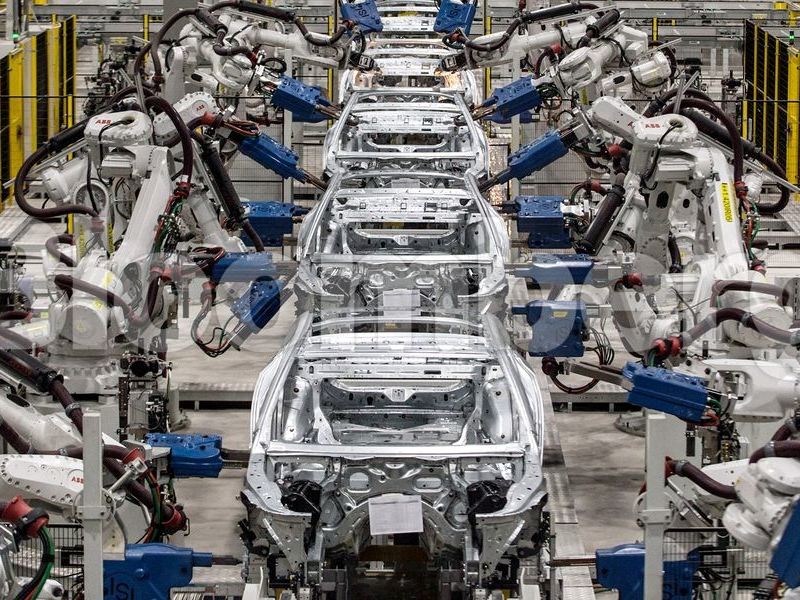 Biden administration officials say they’re starting to see signs of relief from the global semiconductor shortage, including commitments from manufacturers to make more automotive-grade chips for automakers who have had to slow production. .

US Secretary of Commerce Gina Raimondo, who has led President Joe Biden’s efforts on chip sourcing, hosted a series of meetings between semiconductor manufacturers, their suppliers and customers, including automakers . Senior administration officials said the meetings helped ease mistrust between parties related to the production and allocation of chipmakers, and the controls of automakers.

The result has been greater transparency on the production and deliveries of manufacturers and a gradual increase in supply for automakers, Raimondo said in an interview. The administration has also recently pressured the governments of Malaysia and Vietnam to ensure that semiconductor factories are considered “critical” companies and maintain some production after COVID-19 outbreaks, officials said. .

Shares of Ford, GM and Chrysler parent company Stellantis NV extended their gains on the news, all hitting intraday highs in US trading. Ford and GM both outperformed the broader US stock indexes this year through Monday, while Stellantis lagged behind.

A Goldman Sachs analysis released last month said the maximum impact of the chip shortage was in the second quarter and auto production “is expected to jump in July.” But U.S. automakers continue to fight the shortage, which is expected to cost the industry $ 110 billion.

Ford is closing or cutting production at eight factories this month, including the plant making its new version of the iconic Bronco sport utility vehicle. Five of GM’s North American factories will experience “downtime” due to “semiconductor production adjustments” this month and August, according to GM spokesman David Barnas.

And tens of thousands of new cars are parked outside American factories, waiting for the chips that power their on-board computers.

A Ford spokeswoman declined to comment. Barnas confirmed Barra’s conversation with Raimondo and provided a statement the company released on July 15.

“GM’s global purchasing and supply chain, engineering and manufacturing teams continue to find creative solutions and make progress in working with the supply base to maximize the production of our most valuable vehicles. demanded and limited capacity, including full-size trucks and SUVs for our customers, “the release said.

The semiconductor shortage predates the Biden administration, but emerged as a crisis for the new president earlier this year, when U.S. automakers were forced to start cutting production due to a lack of chips. Semiconductor manufacturing is concentrated with two Asian companies, Taiwan Semiconductor Manufacturing Co. and Samsung Electronics Co. Ltd.

TSMC, a key partner of many of the world’s largest automakers, said last week that the company would increase microcontroller production by nearly 60% this year, a move that is expected to dramatically increase the supply of its automotive customers to from this quarter.

Semiconductor manufacturers and automakers generally disagree on the causes of the shortage and the solutions. Automakers have complained about a lack of transparency about how many chips are produced and where they are sold, while the chip industry says the problem started when the auto industry, due to the pandemic, shut down. withdrew its orders before subsequently requiring this chip. suppliers fill them.

Adding to Biden’s urgency to ease the pressure, economists say the chip shortage is a source of inflation, which peaked in 12 years in the United States last month, fueling Republican attacks against the president’s spending plans. A shortage of new cars that rely on chips has pushed many Americans into the used car market, where soaring prices accounted for more than a third of the increase in the cost of living last month.

Positive results for Mack, but problems may lurk | Home Featured