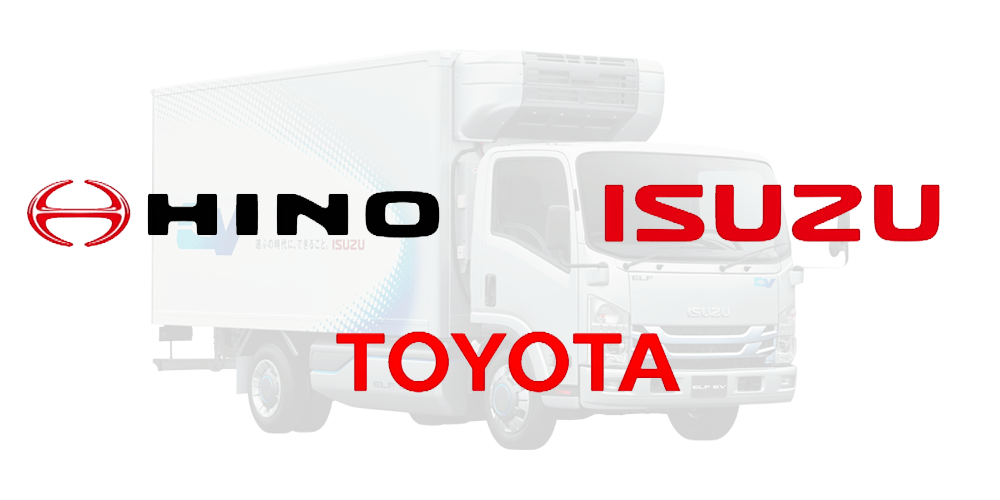 ++ This article has been updated. Please continue reading below. ++

Basically, the aim is to tackle various challenges in the transport sector and achieve CO2 neutrality, as Toyota states. In the field of electric mobility, the new joint venture called Commercial Japan Partnership Technologies Corporation, 80% owned by Toyota and 10% by Hino and Isuzu, aims to develop BEV and FCEV utility vehicles.

Electric platforms and autonomous driving technologies will focus on the small utility vehicle sector. According to Toyota’s announcement, the main goal is to reduce the cost of vehicles.

All three companies realize that just developing the vehicles themselves is not enough. Therefore, Toyota, Hino and Isuzu plan to “advance infrastructure coordinated social implementation,” as somewhat complicated in the statement. Specifically, fuel cell trucks will be introduced in Fukushima Prefecture.

Toyota, among others, is already represented in the “Japan Hydrogen Association (JH2A)” founded in 2020 to promote a hydrogen supply chain. Hino, on the other hand, is already working with BYD and also the VW subsidiary Traton on electric utility vehicles.

In addition, the three companies want to combine their connectivity platforms. This is intended to create a customer-oriented platform for commercial vehicles through which various logistics solutions can be offered. According to Toyota, this should increase the efficiency of transport and thus reduce CO2 emissions.

As part of this cooperation, Toyota takes a 4.6% stake in Isuzu. This package is worth 42.8 billion yen, or the equivalent of around 330 million euros. Isuzu plans to buy Toyota shares of the same value. Hino is already owned by Toyota. The three companies also say they want to deepen their cooperation in the future, but they also openly plan to work with “other like-minded partners”.

Suzuki and Daihatsu now each acquire ten percent of Toyota’s shares in the joint venture. This means that Toyota still owns 60% and still the majority, with partners Isuzu, Hino, Suzuki and Daihatsu each holding 10%. Since Hino Motors is majority owned by the Toyota group, Toyota de facto controls 70 percent.

With the entry of Suzuki and Daihatsu, the joint venture will be expanded to include smaller vehicles, the Kei Cars. Kei cars represent around 31 million of the 78 million vehicles in Japan. According to Toyota, the automaker’s CASE technologies are now to be used mainly by small companies Daihatsu and Suzuki as part of the cooperation.