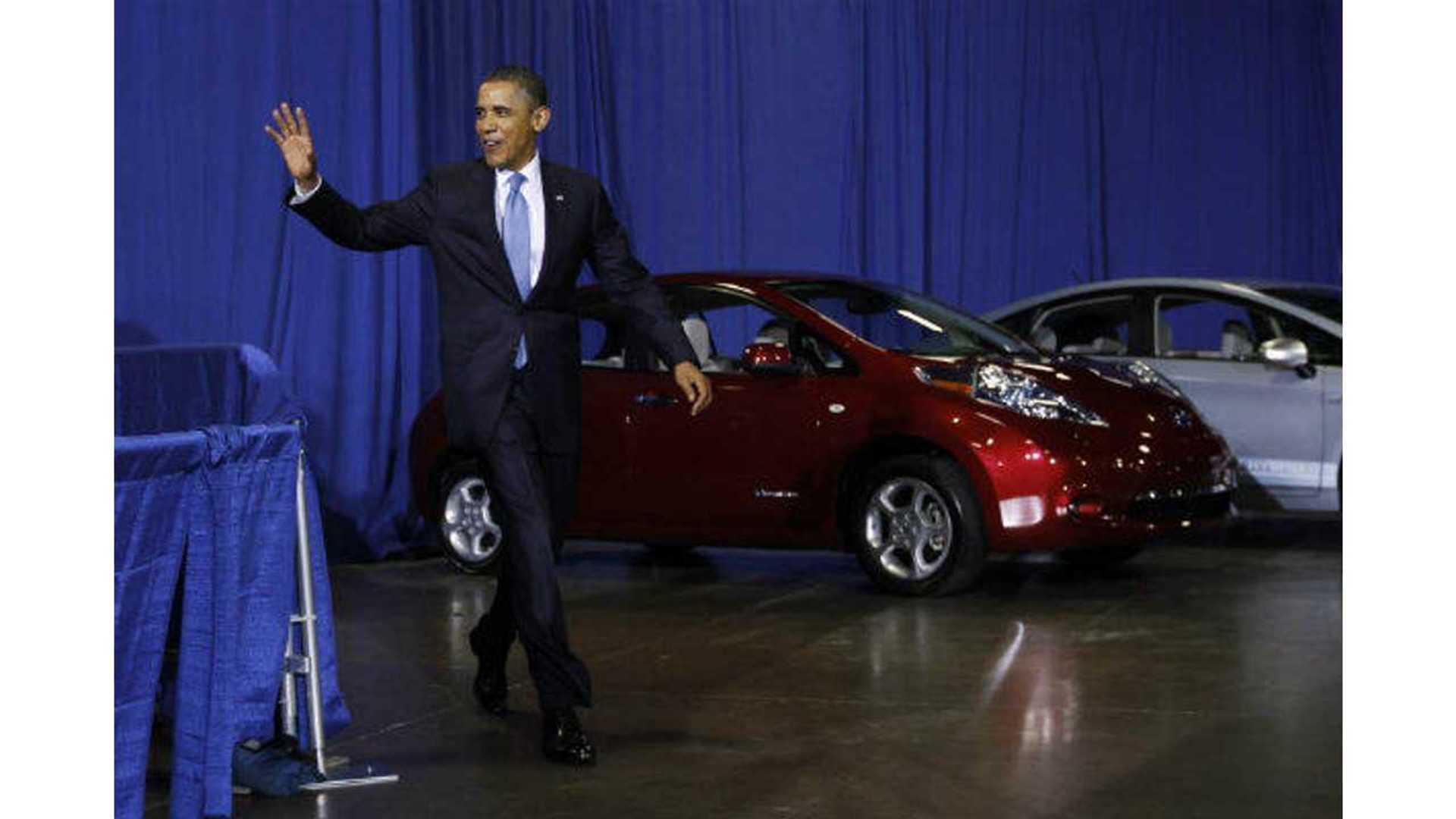 Last week, President Obama unveiled his 2014 budget proposal to Congress. For fans of plug-in vehicles, there were 2 items in the proposed budget worth mentioning: $ 10,000 in point-of-sale rebate for electric vehicles and $ 575 million in proposed spending for the “EV Everywhere Grand. Challenge “of the DoE.

It’s the $ 10,000 point-of-sale rebate that seems to attract the most criticism, both from opponents of electric vehicles and the National Automobile Dealers Association (NADA), but why?

Under the proposal, the tax credit – currently $ 7,500 – would increase to $ 10,000 from a tax credit to a direct point-of-sale refund. It sounds simple to us, but NADA says otherwise.

Bailey Wood, a spokesperson for NADA, says dealers are all for the incentives because they typically increase sales, but complains that this point-of-sale setup is flawed. As Wood claims, it’s too complicated.

Wood suggests that by transferring the credit to the dealer, it becomes too difficult to determine who can claim it and when it can be claimed. Wood’s argument would make more sense if we rephrased it in a bit of an unusual way, so there you go …

The most likely scenario is that the dealer will claim the credit after the sale and, as long as it is not corrupted, will pass the $ 10,000 directly to the buyer as a deduction from the price of the sticker. of the vehicle. So, yes, the dealer will technically be in the $ 10,000 hole while waiting for the money from the Fed, but $ 10,000 is like pennies for most dealers.

But dealers say claiming the credit will increase their workload. Papers will need to be filed properly, some phone calls may need to be made, and a hold game played while the $ 10,000 credit passes through federal channels before reaching dealerships.

This, in our eyes, is good. This is how the program should work. Dealerships sell tons of vehicles, constantly fill out paperwork, and are staffed to deal with this stuff, while most consumers aren’t equipped to deal with the complexities of the overly complicated federal government methods.

“We just don’t think it’s achievable in the showroom.”

If the proposal passes, then we tell Wood, “Make it work.”