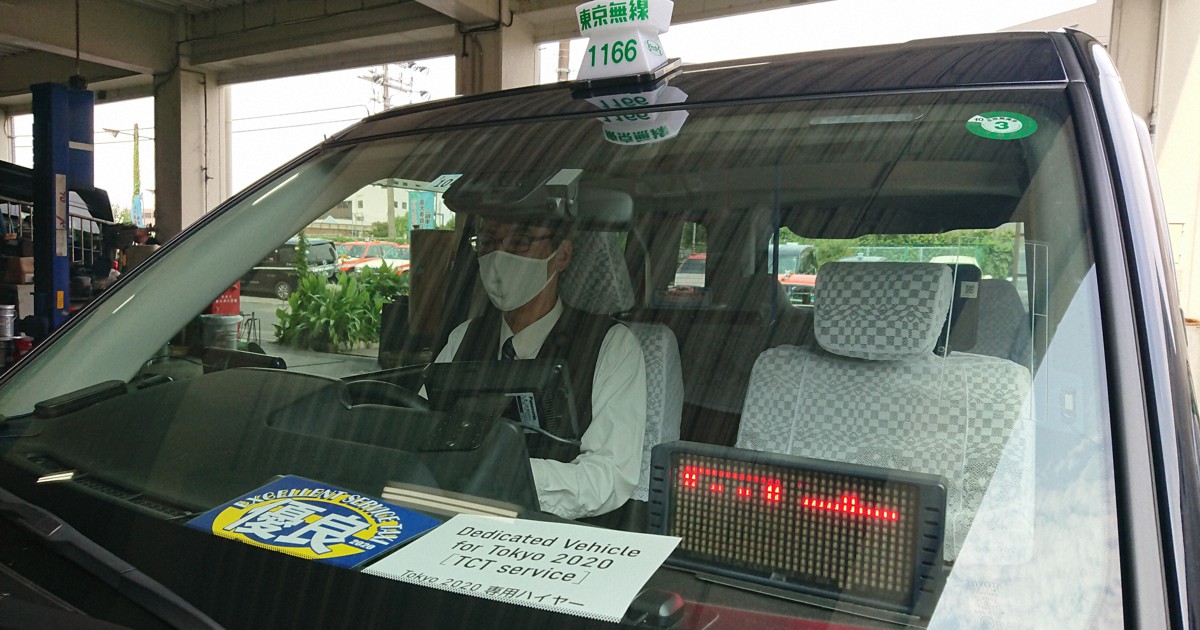 TOKYO – With taxis in eastern Japan now helping transport overseas arrivals linked to the Tokyo Olympics and Paralympics, drivers are increasingly concerned about potential coronavirus infections, and a union has asked the organizing committee to rethink its transport plans.

The Japanese government has adopted the “bubble system” to eliminate contact between the public and individuals related to the games, including foreign athletes. It also banned them from using public transport, including taxis, for 14 days upon entering Japan. During the two week period, they are expected to take charter cars or buses.

But the insufficient number of chartered cars led the Tokyo Organizing Committee for the Olympic and Paralympic Games to ask the taxi industry to drive people related to the games. The requests are based on a special exception system of the Ministry of Land, Infrastructure, Transport and Tourism allowing the temporary use of taxis as chartered cars. The ministry says about 410 operators with some 32,000 taxis in five prefectures in the Kanto region, including Tokyo, have applied to join the system until it expires on September 8.

According to the organizing committee, “chartered taxi service” operations began fully on July 9 for personnel related to the games, including employees of corporate sponsors and media organizations. When a taxi looking for customers receives instructions to transport people connected to the games, the drivers place a sign on their windshield that says “Dedicated vehicle for Tokyo 2020” and pick up passengers from designated locations. After dropping them off, the inside of the taxi is ventilated and disinfected before returning to standard customer service.

On July 12, the National Federations of Motor Transport Workers’ Unions issued a statement demanding that the organizing committee review its methods of transport, saying: “It is evident that the drivers and customers who then take the taxis are running a extremely high risk of infection “. He cited reasons, including that some taxis lack acrylic panels separating the driver and passenger sides. One representative said: “It creates holes in the ‘bubble system’. ”

An executive with Tokyo-based taxi operator Yamasan Kotsu KK, who since July 9 has been driving gaming-related personnel from Haneda Airport and elsewhere to quarantine hotels, said: “Good Whether we are concerned about the potential coronavirus infection of customers, we wish to respond by thoroughly disinfecting the interiors of our cars. ”

The driver of another taxi company expressed his confusion: “I make sure to keep the windows open for ventilation when I am driving, but I am worried about whether it would be okay to close them when it is really warm. warm outside. ”

The organizing committee placed emphasis on safety, saying: “Sufficient infection prevention measures must be taken, including some time for disinfections – during which taxis do not accept passengers.”