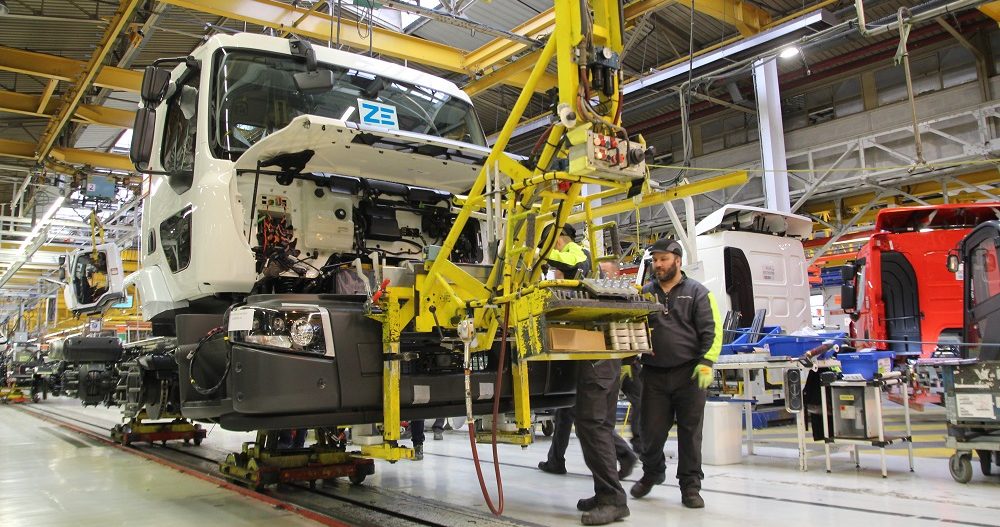 The Russian invasion and the war in Ukraine led to fairly rapid economic retaliation from the UK, US and EU. Russian banks and companies have been sanctioned, as has a long list of individuals.

The list of companies includes Russian truckmaker Kamaz, which is now subject to an EU sanctions list. Kamaz was involved in a joint venture with Daimler Trucks, but the company has now ceased all business activities in Russia.

“I would like to point out that our cooperation with Kamaz is and has always been of a purely civil nature and was only concluded with this objective,” a Daimler Truck spokesman said. “Daimler Truck exclusively supplies KAMAZ with civilian truck components, and under the joint venture only non-military Mercedes-Benz trucks and cabs have been manufactured for Kamaz. It goes without saying that we have always strictly adhered to all applicable export control and sanction regulations.

The spokesperson continued: “We are deeply shocked by the military violence in Ukraine and very concerned about the threats to peace and stability in Europe. We clearly stand for peaceful global cooperation and categorically reject any form of military force. Reflecting the worsening geopolitical situation, we have decided to immediately suspend all our business activities in Russia until further notice. We are monitoring the situation very closely and will continually review our decision. We will of course respect all measures taken by the German government and the EU.

Truck manufacturers have worked hard for many years to develop their business in Russia and the current situation is undoubtedly causing problems. A statement from MAN sets out the company’s position: “MAN Truck & Bus is stopping the delivery and supply of trucks and aftermarket components to Russia and Belarus with immediate effect until further notice, in light of of the current sanctions situation. Local truck sales in Russia were also halted. Production in St. Petersburg, which employs around 70 people, has been reduced.

Additionally, the war caused bottlenecks in supply, leading to production stoppages at MAN. This affects the component factories in Nuremberg and Salzgitter.

Volkswagen Commercial Vehicles is also affected, “This is accompanied by restrictions in the creation and planning of orders and delays in vehicle production, delivery and supply of original parts. This has a direct impact on the availability of the MAN TGE,” the MAN statement continues.

“MAN Truck & Bus is doing everything in its power to keep delivery times as short as possible. However, due to the volatile situation, short-term adjustments to the production schedule are possible at any time. »

DAF is not involved in local manufacturing or joint ventures in Russia, but operates one sales unit and 30 sales outlets in the country. In response to the US and European sanctions, a spokesperson told MT: “We have therefore stopped deliveries of our trucks and parts to Russia for an indefinite period. Orders for future months will be canceled and postponed.

The Volvo Group operates a truck plant in Kaluga, about 150 km southwest of Moscow, producing both Volvo and Renault Trucks. Like its competitors, production ceased.

“Due to the military conflict in Ukraine, the situation in the region and the evolution of sanctions and export control regulations, the Volvo Group has been forced to immediately stop all operations in Russia and to take additional to comply with applicable regulations. These measures have included a temporary halt to all sales, service and parts distribution activities in Russia as well as a halt to truck production at the Kaluga plant, effective immediately,” a carrier said. word of Volvo Trucks.

The company has three wholly-owned workshops in Russia as well as 78 others with private partners. Volvo sold 5,700 trucks in Russia last year and employs 346 people there out of the Volvo Group’s total of 1,337 employees. Russian-made Volvo trucks are not sold in the UK.

Volvo Trucks workshops are dual-branded with Renault Trucks, which sold 899 trucks in Russia last year. A Renault Trucks spokesperson said: “The Volvo Group has temporarily halted its operations in Russia and has taken further steps to comply with applicable regulations. These measures include a temporary halt to all sales activities in Russia as well as a halt to truck production at its Kaluga plant with immediate effect.

Tire maker Bridgestone has also stopped manufacturing in Russia and exporting to the country. With no end to the conflict in sight, it is difficult to predict when sanctions will be lifted and production and sales could resume in Russia.

2022-03-28
Previous Post: A Mohawk Chevrolet employee recognized by the National Automobile Dealers Association
Next Post: The Competition Council rules that the association of Peugeot dealers has violated competition law – Commentary